This garden grew from a collaboration with Emma Clark, Islamic Garden Specialist around the new Cambridge City eco-Mosque, which has won multiple awards for Community build and for its environmental credentials. Being a garden for the public, this project received an incredible amount of love from people walking by, stopping to offer help with planting plants and sowing seeds, to people travelling from other cities hoping to get a glimpse of the mosque prior to opening. The sense of shared ownership with the community has evolved into a volunteer group of gardeners, who have planted hundreds of bulbs in the Autumn on 2019 with the lead of head gardener, Helen Seal. We are grateful for the warmest of welcomes from people of the Mosque, who have supported our work by going beyond their roles and getting involved with looking after the plants, keeping them safe from construction and watering them in the heat of spring.

A guiding design principal has been to combine Islamic design with a contemporary British plant palette incorporating perennials, scented flowering shrubs and a succession of bulbs. In the Islamic Garden we have created a jewel palette of perennial planting underneath and around the crab-apple trees, outside the perimeter fence is a small Community public garden where we have planted a plethora of Mediterranean shrubs full of scent and year-round colour which set off the columnar silver Birch trees.

We have a special addition to the scheme in honour of the genius loci of the mosque: an Iris sibirica named ‘Cambridge’!

On a green note: All the plant pots from the garden creation were collected and placed on the road by the Mosque for people to take away. It was a joy to see these pots finding new homes with school children passing by and commuters stepping off the bus, rather than going to waste. 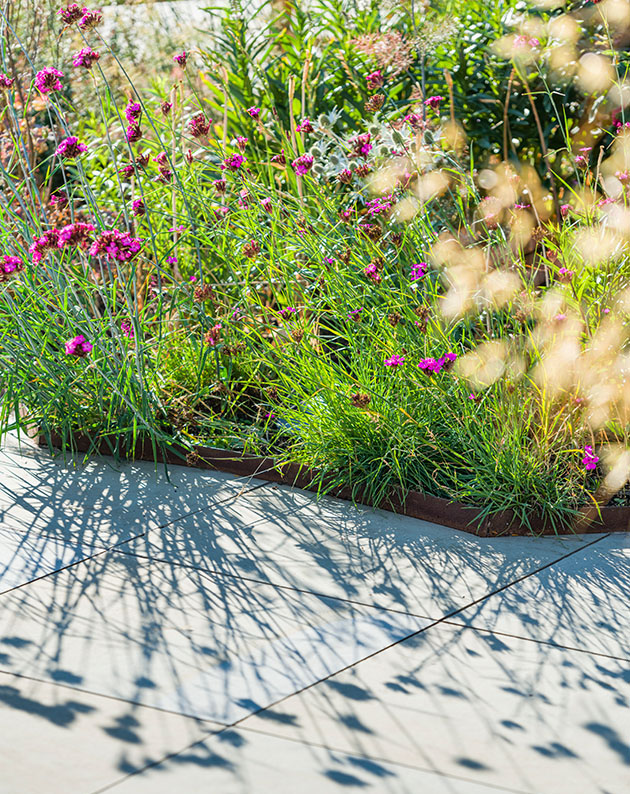 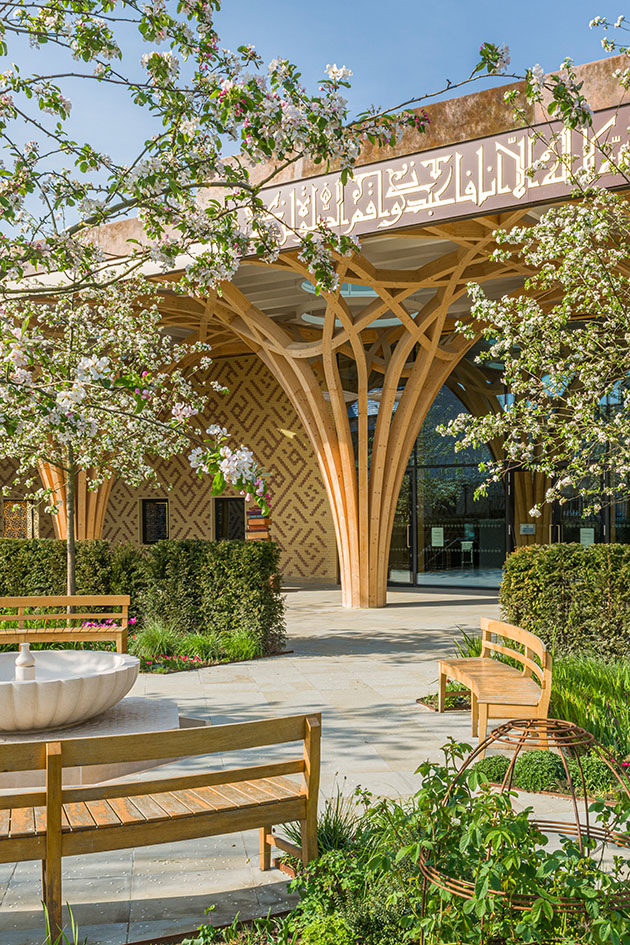 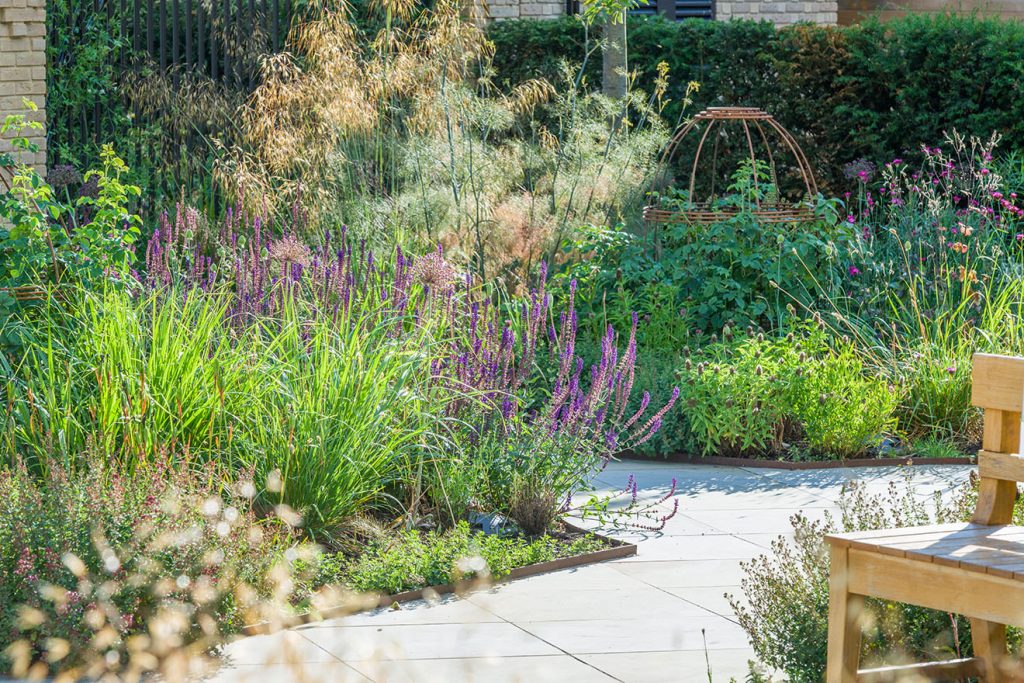 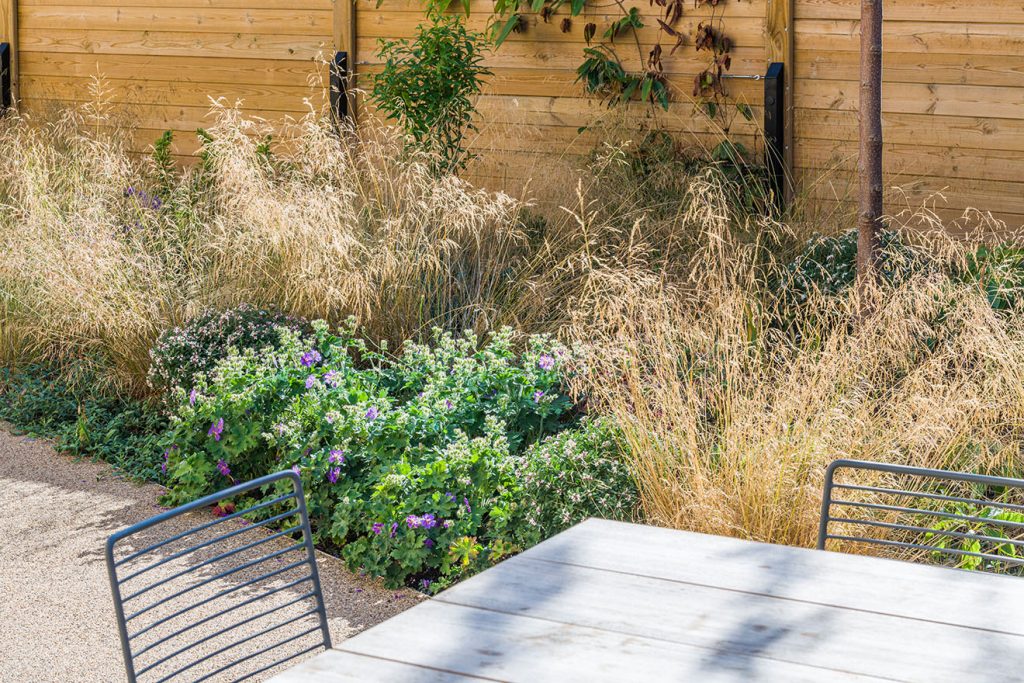 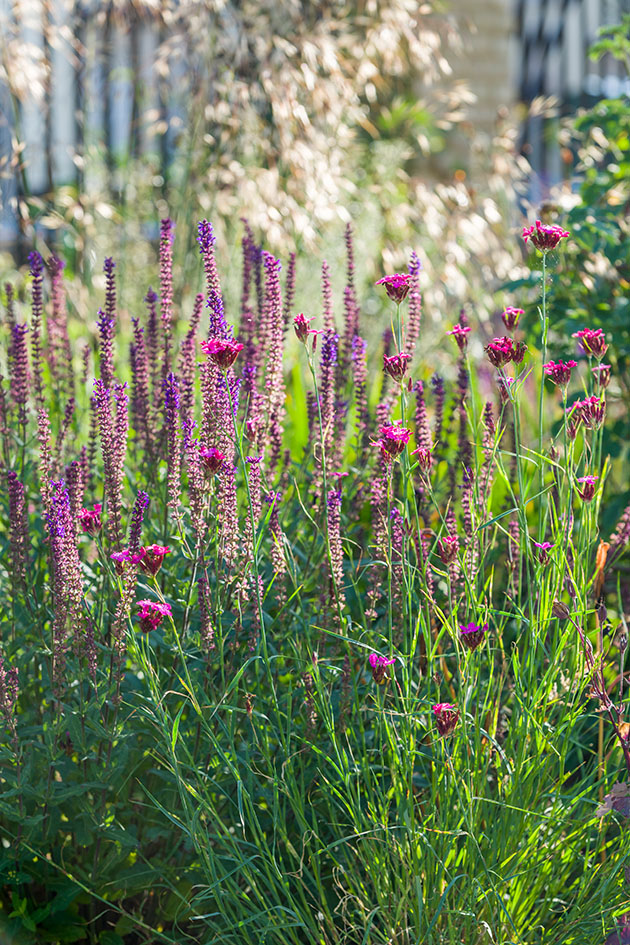 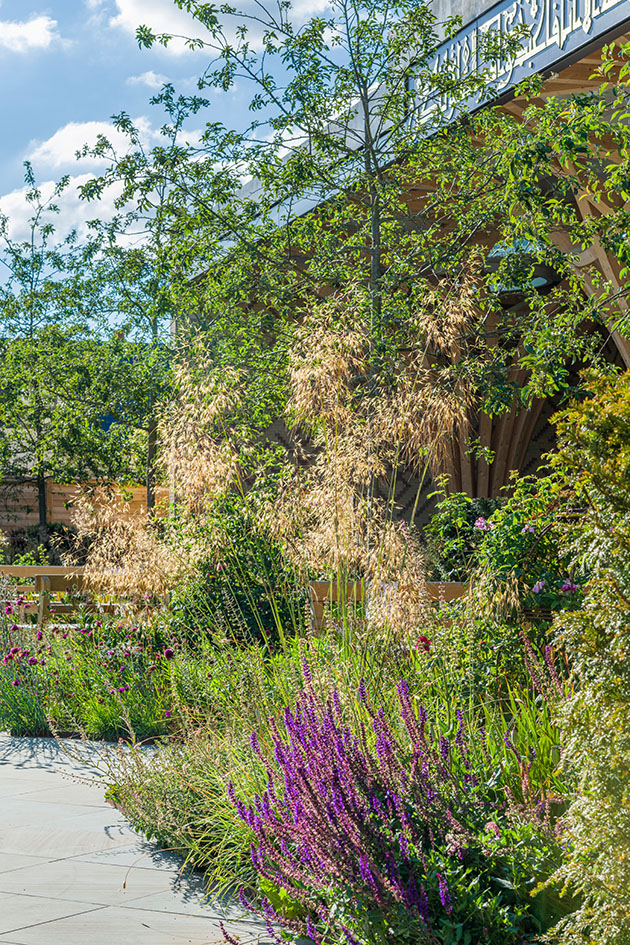 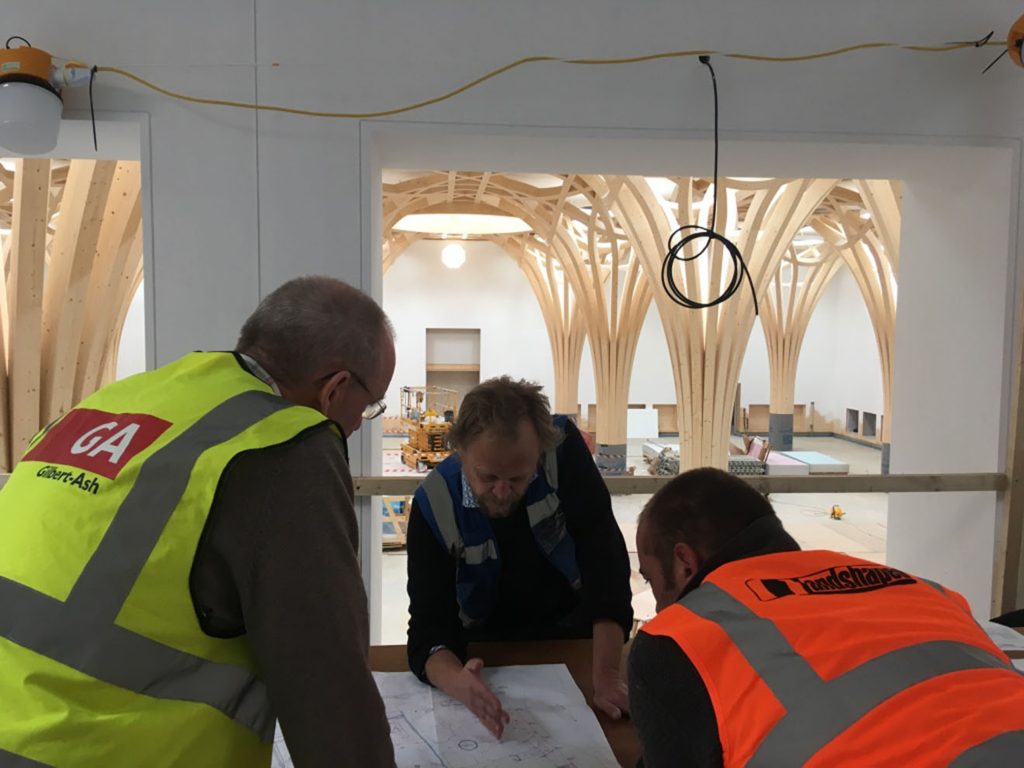 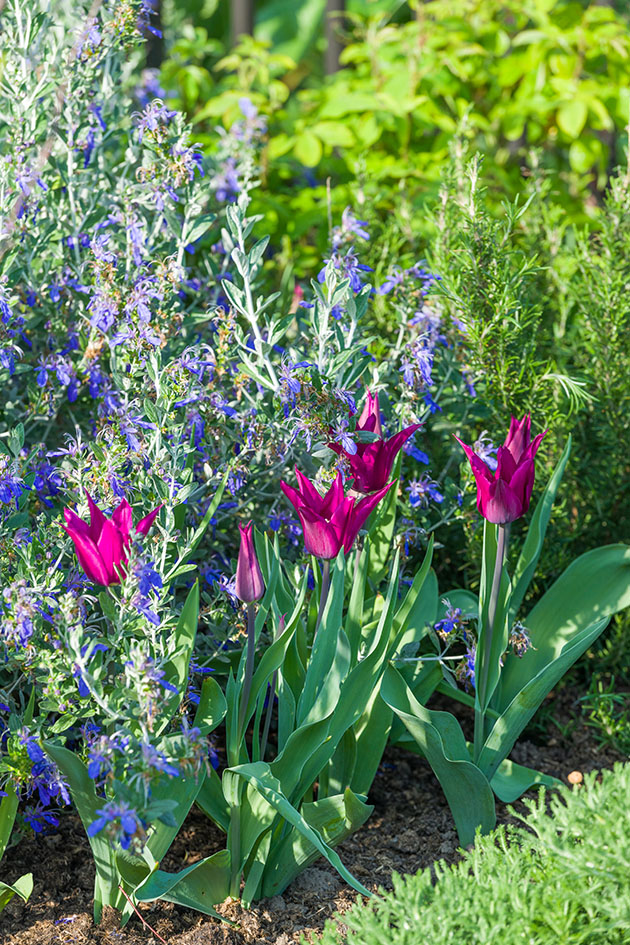 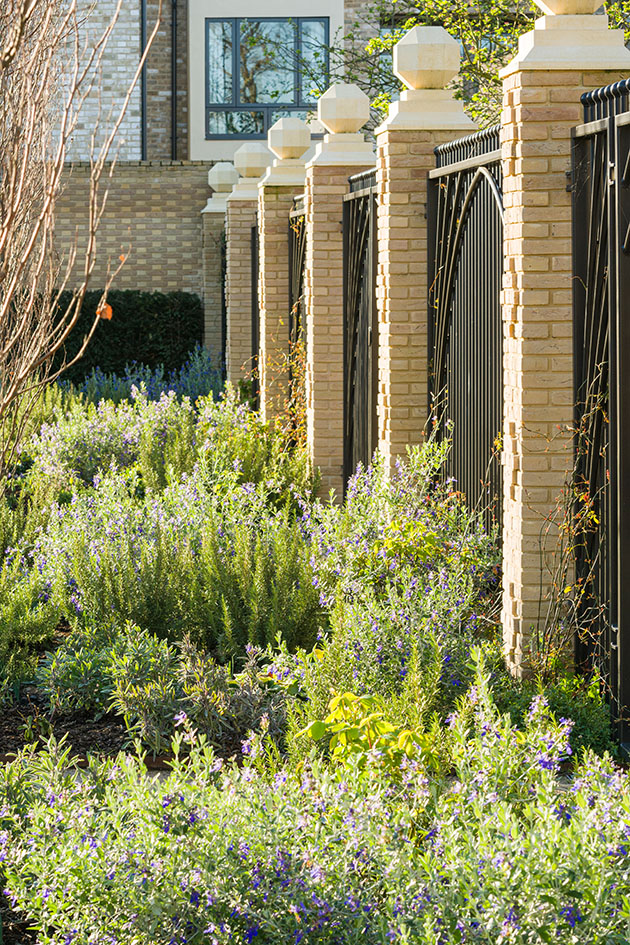 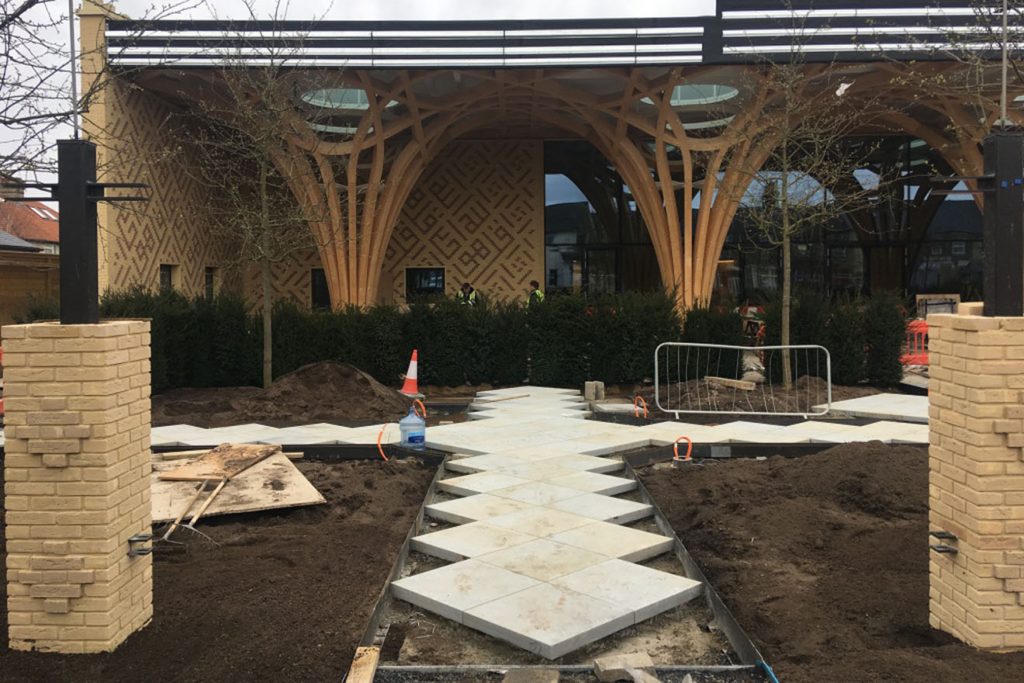